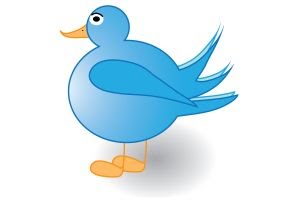 So what does this all mean for you? As the deal is set to be implemented in the first half of this year, you'll have more opportunities to rank well on Google. By utilizing SEO strategies in Twitter, you'll increase your ranking on Google. This offers massive benefits to businesses looking to increase their online presence and searchability.

Of course, Google and Twitter benefit from this new deal as well. Google will be able to provide a better search experience for internet users, which has been their primary focus over the last several years. Google will have more than 500 million new content snippets to rank from the data they will be pulling from Twitter.

This new deal gives Twitter the opportunity to become a huge social media power, even more so than before. Joining forces with the search engine giant will drive an enormous amount of traffic to the social site, increasing exposure. This is massive for Twitter because the social site has experienced a large drop in referral traffic since the original deal fell apart in 2011.

The new tweet relevant searches are going to change the landscape for those trying to increase their website referral traffic from the use of Twitter in their marketing campaigns. Not to mention, the increased engagement on the site from ranking well.

This is certainly an interesting move that will cause waves throughout the internet and SEO world. Although I am sure there will be some kinks to work out, such as reducing Twitter spam ranking, but it's a bold move and I look forward to seeing how it all plays out.