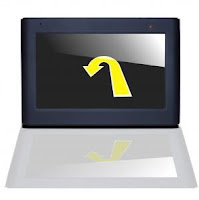 Taking My Writing in a Different Direction
After sitting back to reflect on how this past year has gone with my writing career, I've decided to take my writing in a different direction. Over the past several months I've been stuck in a rut. So I decided to reevaluate where my writing career is at and where it will be headed if I stay on this course. After careful planning, I've decided to go in a different direction. I feel as though I've wasted this year due to my own laziness, and it's time to get my butt in gear and make some changes if I want 2011 to become the year I dreamed of. At the start of the year, I said this is going to be MY year with big things in store, and so far it's not due to my own fault.

Falling into a Routi

ne
You get to certain points in your life where you fall into a routine. At certain points you become comfortable and content with where your daily life is at. You flow with the steady rhythm of your life without a second thought as you live each day comfortably and happy. But eventually, you get to a point in life where your daily routine isn't what you expected or no longer satisfies your needs. You want more. You want bigger and better things. You want to accomplish more with your life, and where you're at currently with your daily routines no longer feels as great as it once had.

It may not always be obvious that your site is poorly search engine optimized; however, you can spot certain red flags that alert you to bad SEO. If you spot signs of bad SEO on your site, you need to take action to correct the poorly optimized content if you hope to rank high on a search engine's results page.

ng out of a writing rut
Over the past 2 years, my writing career progressed quite nicely. It was a steady flow of work that gradually increased, and each milestone I reached seemed to be better than the last. I was more than pleased with how well my career was moving along, but out of no where, WHOOSH, I fell into a rut and didn’t realize it for many months. Now that I’m aware of this rut I’ve fallen into, I’m trying to climb out without causing my writing career to move backwards to any permanent extent.

salmonella is responsible for 76 illnesses in 26 states, including Arizona, which has been found in ground turkey. Although there is 1 death linked to the salmonella poisoning, the government has yet to initiate a recall of the ground turkey and hasn't released the producer of the meat. This has many people worried because the strain of salmonella responsible for the death and illnesses is resistant to antibiotics that are commonly prescribed. 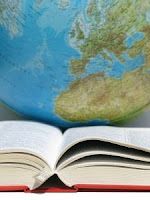