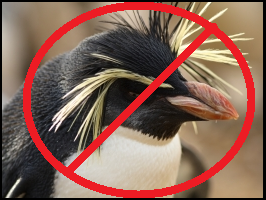 Google designed the Google Penguin algorithm to penalize websites for containing unnatural links as an attempt to weed out the low quality sites to promote the browsing experience for internet users. Many websites, including eCommerce websites, suffered from the Penguin update. Even though it happened a while back, many sites have yet to recover from a Penguin attack. No matter if you've received an email from Google saying your site isn't abiding by the new requirements or you've watched your traffic and ranking decline over the past few months, it's never too late to begin surviving a Penguin attack on your eCommerce website.

Unnatural links are now considered to be pollution on the internet, and they will cause your traffic and ranking to plummet. In some cases, your site can even be eliminated from Google altogether. To repair your relationship with Google to have a successful eCommerce website, eliminate any third party backlinks that aren't relevant or originate from a low quality website. This can be difficult as you aren't in control of who links to you. However, make the attempt to contact the third party and ask them to remove your link. Also, remove any backlinks that are purchased or forced link schemes. Make sure the outbound links of your website only like to quality and relevant sites too.

You also need to eliminate spamming comments on your site. If you have to, set your comment section to be moderated to reduce the number of spamming comments. Also, remove any fake reviews you may have conducted or had a third party conduct as it's considered to be intentional sabotage.

After you've found and removed as many unnatural links as possible, take a look at the content on your website. To begin surviving a Penguin attack on your eCommerce website, you also need to comply with the Google Panda algorithm, which emphasizes the need for quality content. Remove any duplicated, plagiarized, spun, keyword stuffed or low quality content. Add fresh, relevant content to your site that's informative and engaging to boost your website's quality and authority.

Once you've taken the initiative to fix your website to abide by the Google Penguin and Panda algorithms, reach out to Google to try to restore your relationship with the search engine. Although this can take a great deal of time, it's worth it in the end if you're able to repair the relationship. Even if you don't reach out to Google, recovering from Penguin is possible, but it'll take time. It's not an overnight process, but eventually, you'll see positive results as long as you don't resort back to old practices.

Were you penalized by Google Penguin? How did you recover your relationship with Google?