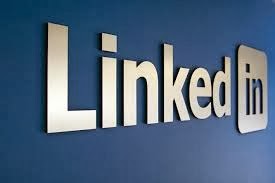 Have you heard the news? LinkedIn has unveiled a new publishing platform in addition to many new features. LinkedIn now offers the ability to publish blog-style content to draw new users to the site and to encourage existing users to consider the site as someplace other than a career-seeking platform. This new feature was set in place as LinkedIn strives to become the hub of professional lives, including news, highlighting projects and networking with peers.

Many people believe the new publishing platform on LinkedIn was created as a result of the site's growth slowing. In addition to the new platform, other features have been released over the past several months, including the Influencers, purchasing Slideshares and acquiring the news reader Pulse.

LinkedIn is also becoming more mobile friendly as the company reports its mobile growth to be far greater than the desktop engagement. However, the exact numbers remain unknown as the mobile data for the site isn't widely monitored.

No matter the reason behind the new publishing platform on LinkedIn and it's additional features, whether it's due to losing momentum or keeping up with competition, the site needs to keep up with the change currently going on in the social media and website world.

What are your thoughts? Do you think the growth of LinkedIn is slowing? Is the new publishing platform and effort to stabilize the site?