Alyssa's Weekly Wrap Up: Arizona News, Twitter and the Extinction of Libraries 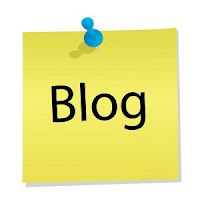 Pregnant Glendale teen hit by police officer
Glendale-- A pregnant teen was hit by a car on Saturday, which was driven by a Glendale police officer. The 17-year-old girl was crossing a street in Glendale when the car driven by the officer struck the girl.

Valley morgue may start charging rent
Tucson-- The Forensic Science Center is hoping to start charging rent for bodies that have been left in the Pima County morgue for too long. It's hoped, the rental fee will resolve the problem with over crowded storage facilities.
$2 million spent defending SB 1070
Phoenix-- It's no secret that there's a lot of controversy surrounding the 2010 immigration enforcement law known as SB 1070, which is also costing the state a large amount of money to defend-- $2 million to be exact.
Teen drivers discover the dangers of driving distracted
Gilbert-- Tuesday, students at a Valley high school were given the opportunity to discover the dangers of distracted driving. Students used hands-on modules to discover what it's like to drive while distracted, such as driving while texting or under the influence of an illegal substance.

Will eBooks cause the extinction of libraries?
It’s no secret that the hardcopy sales of books have plummeted while the sales of eBooks continue to rise. Many companies have been hit hard by the wave of reading devices, and it looks like libraries may be next on the list. E-retailers are developing ways to allow users to lend books, which causes me to question, where does this leave libraries? With the demise of the Borders book stores, will libraries be next on the list once all of the kinks have been worked out for the lending of eBooks?