Senate Bill 1108: Are we really Safe?
The newly effective Senate Bill 1108, which allows Arizona citizens 21 years of age and older to carry a concealed weapon without a permit, recently went into effect. As Arizona is one of the many states which strongly favors the United States Constitution's right to bear arms, many Arizona citizens support this law. While regulations regarding those who are permitted to carry a concealed weapon are in place, the thought of random citizens carrying concealed weapons raises the concern about whether or not our families are really safe.

Other Articles for Kingman Daily Miner:

How to Use Snapchat for Business Marketing
In today’s digital world, we have numerous social media outlets at our disposal to use for marketing. Among one of the latest social platforms to gain traction is Snapchat. Snapchat is a messaging app that allows you to share videos and pictures with fun captions or lenses to spice up the visual to send to friends and followers. While many view Snapchat as a trend among teens, it has actually turned into a viable means of marketing for businesses. As the social app continues to gain traction, Snapchat for business marketing is simply a smart choice. 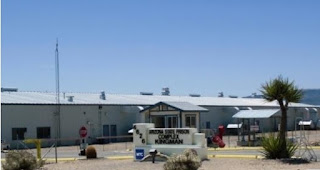 The Bullhead City Bee reports that a close source to the Arizona State Prison-Kingman Complex has revealed that the prison has reached a new contract with the GEO Group, INC., a Boca Raton, Florida company, which has 104 facilities with approximately 84,000 beds and 20,000 employees around the world.


Popular posts from this blog