Showing posts from January, 2012
Show all

FOR IMMEDIATE RELEASE: Lepolia West Announces Book Release, "Officer, Why Don't You Adopt Him?" Gary, Indiana- January 30, 2012-- Lepolia (Lee) West has released his book, "Officer, why don't you adopt him?" West's book is based off of his adoption success story, which includes his struggle to become the first bachelor in Indiana to adopt an infant. West's mission to adopt was difficult, as he was a bachelor with a dangerous career, and bachelor's weren't considered to be an eligible adoptive parent. While serving the Chicago Police Department, an abandoned infant was brought into the local hospital, igniting West's passion to become the boy's father. At the time, West didn't want to be a father, but God instilled the passion in West to be the father the boy needed and deserved. Although many told West it was an impossible battle, he continued on his journey to adopt the infant. However, West's aspiration to be the boy&
Post a Comment
Read more

The WM Network is Looking for You! 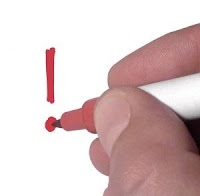 We are seeking bloggers for The WM Freelance Writer's Connection and a new site set to launch in February, The WM Better Life Connection, which will include every topic related to living a better life. Here are some details about blogging for The WM Network: We cannot offer to pay any of our writers at this time. We do, however, offer a few other benefits. 1. Link love-- you may link to any and all of your websites and pages from our sites--the one(s) you work on as well as the main WM Network site. 2. A space in our sidebar to do with as you please-- Sell it to an advertiser (and keep the money), use an affiliate marketing system, advertise your own websites or services, etc. (Our other WM writers have found their sidebar spaces fairly lucrative in some cases.) When writing for The WM Network, you have the opportunity to advertise a book you have written in our WMF book store as long as it relates to writing. 3. Publicity and Networking Opportunities-- being part
Post a Comment
Read more

Articles for Sale-- Health and SEM

All articles are written by Alyssa Ast. Articles are search engine optimized and available for full or usage rights. Pro Anorexia: Compulsive Eating Disorder Movement Pro-anorexia (Pro-Ana) is a movement that supports the anorexia nervosa disorder as a lifestyle choice. Online support groups offer tips and advice for those with anorexia to promote rapid weight loss. Serious complications, including death, can result from this lifestyle choice. Word Count: 909 Usage Rights: $25 Full Rights: $50 Risks of Teen Body Piercings and Tattoos Body piercings and tattoos are the latest rage among teens. Teens feel altering their body image allows them to express their individuality and to be accepted among their peers. However, there are physical and psychological risks involved with underage tattoos and piercings. Word Count: 644 Usage Rights: $25 Full Rights: $45 Are Children's Vitamins Really Necessary? Many parents give their child vitamin supplements to ensure th
1 comment
Read more

Marketing yourself or your business is an essential component for any business's success--even for healthcare professionals. Marketing for healthcare professionals will build careers, connections and a business or practice. If you're new to marketing, here's some information to get you started: Do you need a social media fan page? Social networking sites are well known for their abilities to connect with people on a platonic level, but now, social networking sites are creating a professional atmosphere. Nowadays, you can't thrive without social media interaction of some type. The benefits of advertising You may be wondering if advertising your services or business is an ethical approach in the healthcare industry. Yes, it's perfectly acceptable to use advertisements to establish a successful business or practice when conducted tastefully. There are many benefits of advertising, no matter what your background is in the healthcare field. Importance of
Post a Comment
Read more

Are Your META Descriptions Getting the Job Done? 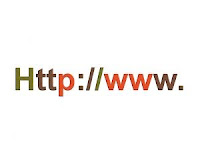 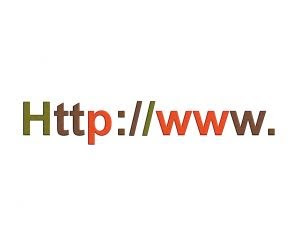