Phoenix school teaching mandatory English and Spanish
When you think of public schools in Arizona, you often assume English is the primary language students are taught, with foreign languages being optional. However, this isn't the case with Squaw Peak Elementary, where the students are taught both English and Spanish in an effort to prove the importance of bilingualism. Half of the school day’s curriculum is taught in English, while the remaining half is taught in Spanish. Although many parents support the bilingual curriculum, it doesn’t sit well with some parents who feel schools in America should be English only.


Police warn drivers to slow down near school zones

Most Arizona schools are now in session for the 2011-2012 school year. Along with the new school year, police are warning drivers to slow down near school zones as they have stepped up their enforcement in these areas. The increased enforcement is strictly to keep Arizona children safe, not to harass drivers as they go about their day. 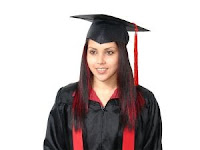 Celebrating The Fundamentals of SEO for the Average Joe’s 1 year anniversary
Over this past year, I’ve learned so much as far as what it takes to self publish a book. I’ve watched my sales increase, then go almost obsolete, and then sky rocket beyond anything I ever expected being self published. I don’t think I fully understood what I was getting myself into when I decided to self publish, but it’s a choice I don’t regret.

d
I'm a firm believer in karma. I believe, what you do with your life is what you will get out of your life. Do good things and receive good things. Do bad things and receive bad things. Plain and simple. I believe, paying it forward is part of good karma. Doing things for people without expecting anything in return. Give back when you can just because you can, and because you never know when you will be that person in need.

Pro Anorexia: Compulsive Eating Disorder Movement
Pro-anorexia (Pro-Ana) is a movement that supports the anorexia nervosa disorder as a lifestyle choice. Online support groups offer tips and advice for those with anorexia to promote rapid weight loss. Serious complications, including death, can result from this lifestyle choice.

Risks of Teen Body Piercings and Tattoos
Body piercings and tattoos are the latest rage among teens. Teens feel altering their body image allows them to express their individuality and to be accepted among their peers. However, there are physical and psychological risks involved with underage tattoos and piercings.

Are Children's Vitamins Really Necessary?
Many parents give their child vitamin supplements to ensure their child receives the adequate amount of vitamins they need to grow and develop properly. However, most children don´t need extra vitamins in their diet, and by doing so, the child can be at risk for a vitamin overdose. Certain factors are used to determine whether or not a child needs vitamin supplements.
Alyssa Ast Alyssa's weekly wrap up Article for Sale

Even online, consumers like to window shop. No matter how long they may spend on your eCommerce website, they may fail to buy something-- leaving your shopping cart abandoned. You're able to turn more customers into actual paying conversions with a few simple tips: 1. Provide a set rate or free shipping. 2. Remove any hidden fees or charges. 3. Ensure the shopping cart is easily accessible and simple to navigate. 4. Offer diverse payment options. These four simple tips will help you protect your eCommerce site from shopping cart abandonment. Why should you protect your cart? Check out these eye opening stats from Stefan Schumacher . Stefan Schumacher Stefan Schum
Read more